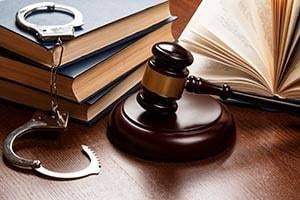 Attorney Yeargan has handled thousands of criminal cases in the Commonwealth of Virginia over twenty-two years as defense counsel. These include misdemeanor charges and felony offenses.  Some of the common types of criminal offenses seen in his practice are:

This is a short list of the many offenses contained in the Code of Virginia. The Fairfax Criminal Defense Law Firm defends many other types of cases not listed above. It is important to retain competent counsel early in the criminal trial process, especially in felony cases.

What is the Judicial Process for Misdemeanor Charges in Virginia?

Misdemeanor cases in Virginia are those punishable by possible incarceration of zero to a maximum of twelve months in jail. There are four categories of misdemeanors in Virginia, with Class 1 being the most serious and Class 4 being the least serious. The period of possible jail periods and fines varies with the particular class of misdemeanor charged in the case.  Attorney Yeargan works with the client and prosecutor assigned to the case to achieve ultimate dismissal or reduction of the charge to a lesser offense.  This helps the client keep a clean criminal record and leaves the option to later expunge the arrest of the misdemeanor criminal charges from the Central Criminal Records Exchange (CCRE), a division of the Virginia State Police since 1970.  Expungement also removes the arrest from the Virginia Court Case Information database and public internet access.

Misdemeanor charges are heard by the General District Courts without a jury.  The judge assigned to the case hears the evidence and makes a determination of guilt or innocence.  The prosecutor bears the burden of proof to prove the Defendant guilty "beyond a reasonable doubt."  If found guilty after trial and oral argument, the judge fixes punishment.

After the initial misdemeanor arrest, the accused may be given an arraignment date to appear in court.  Each County is different, and some counties treat the first trial appearance date as the arraignment.  At this arraignment or first hearing date, the Judge will advise the defendant of his right to counsel and schedule a trial date.

The trial date is normally scheduled two to three months away.  This gives the defense time to prepare evidence, subpoena witnesses and conduct discovery with the officer or prosecutor (Commonwealth Attorney).  At the trial date, the case may be dismissed or disposed of by  agreement with the prosecutor.  If the parties cannot come to an agreement to dispose of the matter, the case may go forward to trial or the trial date may be continued to another day.

What is the Judicial Process for Felony Charges in Virginia?

Felonies in Virginia are punishable by more than twelve months in jail. There are six classes of felonies in Virginia. Class 1 is the most serious.  Class 6 is the least serious. There are serious legal disabilities associated with felony convictions. Convicted Felons are unable to vote, serve on a jury, hold public office, become a notary public and purchase or possess firearms. Employment opportunities in the private sector, immigration status, and government security clearances may also be impacted by felony convictions. Attorney Yeargan helps clients charged with felonies avoid these consequences by working hard to get charges dismissed or amended to a misdemeanor offense.

Pay attention to your court dates on felony charges and show up on time.  Failure to Appear on a felony charge is a separate felony criminal offense under Virginia Code §19.2-128.  A felony capias warrant will be issued and you will be re-arrested.  It is a Class 6 felony punishable by up to five years in prison and/or a fine of up to $2,500.00.  If you have difficulty attending a court date and need a continuance, tell your lawyer.  He or she can request that the court date be moved if there is a serious scheduling conflict.

Additionally, if you have recently missed a court date due to illness or unforeseen emergency, the lawyer can file a Motion to Vacate the Capias for Failure to Appear. This will remove the Failure to Appear bench warrant for your arrest and set the original charge back on the docket for Preliminary Hearing. Contact an experienced attorney who can help you with this procedure and keep them informed of your current address.

Felony charges are initially heard in the General District Courts after arrest.  These courts do not have juries.  The Defendant is given an Arraignment hearing a few days to two weeks after his or her arrest, where the judge instructs about the right to counsel.  The Judge will want to know what steps the Defendant is taking to get a lawyer.  An Information on Attorney (IAD) date will be set approximately three weeks after the arraignment.  The Defendant will need to advise the court at the IAD hearing if an attorney will be hired, or the attorney can file an Appearance of Counsel form before the hearing.  The IAD hearing will be waived once the Clerk receives an Appearance of Counsel form (commonly called a Praecipe).

At the Arraignment, the Judge also sets a Preliminary Hearing date approximately two to three months away.  The Preliminary Hearing date is not a trial date.  It is a probable cause hearing to determine if enough evidence exists for the case to go forward to trial in Circuit Court.  This is the most important court date!  An agreement is often made with the prosecutor (Commonwealth Attorney) to dispose of the felony charge at this critical hearing.  The charges may be dismissed or reduced to a misdemeanor by an agreement with the prosecution.

If the case is not dismissed or reduced at the Preliminary Hearing and the judge finds sufficient evidence for the case to proceed to trial, the charge will be certified to a Grand Jury.  The Defendant does not appear at the Grand Jury.  The Grand Jury will hear the evidence presented by the witnesses and officers and hand down a charging indictment if they believe the evidence meets the requirements of the specific Virginia Code section charged.  The Defendant will turn themselves in on the charge and then appear in Circuit Court about a month later for a status hearing called Term Day.  The Judge will set the case for trial. The trial may be set as a jury trial or non-jury trial on a felony.  Both the Defendant and prosecutor may demand a jury, but it may also be waived by agreement of the parties.

The lawyer you hire will obtain information about the facts of the case through a process called discovery.  The lawyer will review this information with the client and discuss strategies for dismissal or reduction of the offense.  The case in Circuit Court will thereafter proceed to trial or a plea agreement may be worked out by the parties.

Fairfax criminal defense attorney, Wilfred W. Yeargan encourages prospective clients to contact him early before trial in misdemeanor cases and before the preliminary hearing in felony cases. Attorney Yeargan offers a free initial consultation and will discuss the defense strategies applicable to your case. He will thoroughly explain how to utilize those strategies to achieve the best outcome in a court of law, up to and including dismissal.  Clients that obtain dismissal or reduction of their criminal charges may be eligible for expungement of their arrest.  All possible outcomes will be explained to the client so that they understand the legal process, their rights under Virginia law, and his approach to defending the matter in court.

The Law Office of Wilfred W. Yeargan is conveniently located at the intersection of Interstate 66 and Route 50 in Fairfax, VA approximately two miles from the courthouse. His office building offers free parking and coffee and tea service. The receptionist staff is friendly and greets clients to make them feel welcome and comfortable until their appointment with the lawyer. Clients are charged reasonable flat fees for handling their case through trial.

If you have been charged with a criminal defense violation in Virginia – contact Attorney Yeargan today. Free consultations are provided so that attorney Yeargan can review your case and advise what legal strategy will help you obtain the best results. Evening and weekend consultations are offered to those with busy schedules. Call or send an online message to set up a consultation today.