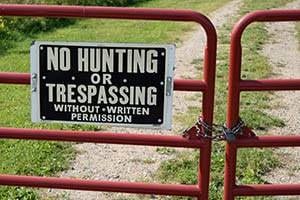 Misdemeanors are serious criminal charges; however, they are not as serious as Felony charges, which may result in prison time of more than one year.  Felony convictions in Virginia result in loss of the following rights of citizenship and limits to social progress:

Misdemeanor convictions do not usually involve loss of these rights.  However, misdemeanors may result in loss of sensitive employment, revocation of security clearances and damage to immigration status.  Cases involving violence, such as Domestic Assault and Battery, may affect the accused's gun rights and/or result in the filing of Protective Orders.

Misdemeanors involving crimes of moral turpitude (lying, cheating, or stealing) are the most harmful to the criminal record.  Examples of these types of charges are Petit Larceny, Embezzlement, and state benefits fraud.  Attorney Yeargan seeks to help clients charged with these crimes get them dismissed outright, deferred for dismissal with community service, or reduced to lesser non-criminal offenses such as traffic infractions or civil fines.

Types of Misdemeanors in Virginia

Below are the classes of each misdemeanor and the punishment range that may be imposed (from Virginia Code §18.2-11):

The courts allow people convicted of misdemeanors 90 days to pay their fines and court costs.  This time period may be extended by arrangement with the clerk's office.

Misdemeanor statutes which have no specified punishment are presumed to be Class 1 misdemeanors under §18.2-12 of the Virginia Code. All misdemeanors are criminal charges.  The General District Courts and Juvenile and Domestic Relations General District Court first hear misdemeanor charges. These courts are "Courts Not of Record" and do not have juries to hear the cases.  The cases are decided by a judge, who sits and hears the evidence presented by the prosecutor and defense.

When a person is convicted and their appeal period ends, misdemeanors generally cannot be expunged from the permanent criminal record.  A Defendant must appeal to avoid a permanent conviction.  The General District Courts have a very short appeal period for these charges (only 10 days).  Appeals from the General District Courts are heard in a court of record called the Circuit Court.  The appeal is heard "De Novo", meaning that no weight or deference is given to the lower court decision.  It is a fresh trial.  The Circuit Court is a "Court of Record" and hears jury trials for misdemeanor appeals, unless both the Defendant and the prosecuting attorney waive the jury and agree to a bench trial.  Misdemeanor jury trials utilize "petit juries" and comprised of only seven jurors in this state. Defendants conducting misdemeanor trials in Circuit Court must provide their own court reporter to transcribe the events of trial for any further appeal.

Most of the cases that this law office handles do not have to go through the appeal process.  Appeals are rarely used except in very difficult cases.  Cases that are often appealed include violent crimes, high speed Reckless Driving cases, and DUI cases that involve exceptionally high Blood Alcohol Content.  However, it is important for the client to know their options and long term strategy for the case.

Effective March 1, 2021, misdemeanors may be deferred for dismissal with agreement of the prosecutor and later expunged after successful dismissal by the judge. Virginia Code §19.2-298.02 allows for expungement in this instance only if the prosecutor agrees and the accused obeys all orders of the Court.  Before this statute was enacted, persons who entered a guilty plea with a deferral were not eligible for expungement, even if the case was dismissed.  If you read this law carefully, you will discover that misdemeanor convictions may also be expunged under certain circumstances (generally with the agreement of the prosecutor).

It is important for someone who is charged to retain an experienced defense attorney as soon as possible. With experienced counsel, the charge may be dismissed or reduced to a lesser offense.  There are deferral procedures available for some misdemeanors that may result in dismissal.  Attorney Yeargan also routinely negotiates informal deferrals for dismissal, so that the client is eligible for expungement of the arrest.  This may involve payment of restitution, completion of community service hours, and counseling treatment with good behavior.

For assistance with misdemeanor criminal charges in Fairfax County (including the Town of Vienna, Town of Herndon, Falls Church, and Fairfax City), Prince William County (Manassas, Occoquan, Quantico, Dumfries, Woodbridge), or any other location in Virginia, please contact Attorney Wilfred Yeargan for a free initial consultation. He will discuss the facts of your case and any potential defense to the charges. A comprehensive defense strategy will be developed and explained in detail to the client.  The law office offers reasonable, flat fees to defend the case through trial.

Call The Law Office of Wilfred W. Yeargan directly or send an online message to discuss your case and legal defense options today.