Virginia Reckless Driving Charges for Out of State Drivers 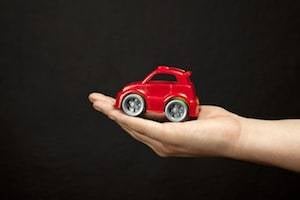 Virginia is well known for its harsh traffic citations. In fact, some citations are considered criminal charges and come with serious penalties. Virginia reckless driving laws are a good example. In other states, a reckless driving citation might include situations where the driver is swerving, weaving in and out of traffic lanes, or being extremely aggressive while driving. In Virginia, you can get a reckless driving charge for the simple act of speeding, and police write an average of 1,000 or more traffic tickets every day in Fairfax County, Virginia.

These harsh traffic laws can be confusing for out of state drivers. With tourism booming in Virginia, situations where tourists or other visitors are issued a citation are becoming increasingly common. These visitors can benefit from having a local attorney deal with their reckless driving charge. An experienced traffic attorney can help you get the charge dismissed or reduced to a traffic infraction, which is a non-criminal offense in Virginia.

What is Reckless Driving?

In Virginia, like most states, reckless driving includes any type of driving that puts another person in harm's way. Reckless driving increases the likelihood that an accident that could cause an injury or death will occur. It may also endanger the surrounding property as well.

While you might assume that this definition would only include situations where the driver is really being irresponsible, it can also include situations where you are just being impatient as well. This can include actions such as passing a school bus or an emergency vehicle. The most common citation for reckless driving in Virginia, however, occurs because the driver was speeding. Any time a driver is going 20 mph over the posted speed limit or driving over 85 mph, the driver is at risk for receiving a citation for reckless driving in Virginia.

In Virginia, reckless driving is more than just a moving violation. It is a criminal offense. This is very different from the law in most states. A reckless driving charge can occur if you engage in any of the following activities: 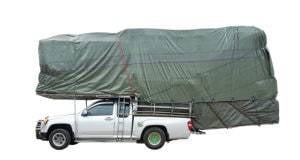 Driving an overloaded vehicle could land you a reckless driving charge.

Reckless driving is a serious misdemeanor under Virginia law. Virginia reckless driving penalties include up to 12 months in jail, a fine of up to $2,500, and/or loss of your driving privileges for up to six months. The conviction carries six demerit points with the Virginia Division of Motor Vehicles and stays on a Virginia driving record for 11 years. The points drop off your driving record after two years.  The conviction stays on a criminal record permanently.

For out of state drivers, a charge in Virginia may also affect your license back home.  Reckless Driving convictions may be reported to your home state under the Interstate Compact agreed to by most states.  The home state may then issue an administrative probation and/or suspension of your driver's license based on the reported conviction.  For example, North Carolina automatically suspends a driver's license if a driver is convicted out of state for any Speeding related offense more than 15 miles per hour over the speed limit.

The violation is a criminal offense, so those charged are required to appear in court to address the matter.  However, if you hire an attorney, he or she may be able to appear on your behalf if you sign an Authorization Form.  The attorney can then appear in court to get the charges dismissed or reduced to a traffic infraction, a non-criminal offense.  An agreement may often be reached with the prosecutor (Commonwealth Attorney) before the case is called for hearing by the judge.  This will save you time off from work and other obligations.  Ask your attorney about waiving your appearance in court.

Getting Help From a Traffic Attorney in Fairfax, VA

Out of State drivers in Virginia need to be aware of the laws related to Reckless Driving charges and what options they have to protect their drivers license and criminal record.  Contact an experienced attorney with a record of strong case results throughout the state.  The attorney may help you avoid the long term problems associated with a criminal conviction, increased insurance rates, suspended license, and enhanced fines. Attorney Yeargan has more than 21 years of experience handling traffic matters throughout the state of Virginia.

The Law Office of Wilfred W. Yeargan offers a free, initial consultation over the phone or in person.  Call or email the office today if you need help resolving your case.  He will listen to the facts of your individual case and provide a comprehensive strategy for addressing the problem in court.