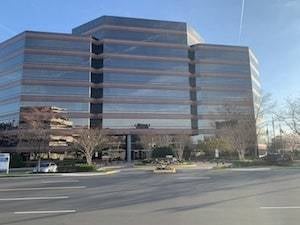 In Virginia, failure to stop for the police is unlawful under Virginia Code §46.2-817.  Eluding the Police may be charged as a felony or misdemeanor, depending on what happened during the stop.  Ignoring a signal to stop without aggravating factors like extreme speed, weaving in and out of lanes, following too closely, side-swiping cars or deliberate sudden braking is usually charged as a misdemeanor.  If the driver interfered with the police officer's operation of the vehicle or endangered a person, it is considered a felony.

Attorney Yeargan fights hard to get Eluding charges dismissed or reduced to a lesser offense, to help the client protect their criminal record, driving record, employment opportunities, immigration status and insurance rates. His 22 years of experience in the criminal and traffic courts of the state have honed his knowledge of the law, litigation ability and negotiation skills.  He is well known and respected by the prosecutors and judges in Virginia.

The code section makes it a Class 2 misdemeanor for a driver to ignore a "visible or audible signal from any law-enforcement officer to bring his motor vehicle to a stop."  The state must prove that the driver drove the vehicle in a willful or wanton disregard of the signal or tried to escape the officer in the vehicle or on foot.  Prosecutors do not need to prove that anyone was endangered, or that the driving conduct interfered with the operation of the police vehicle.  The offense is punishable by up to six months in jail and/or a fine of up to $1,000.00.

It is a Class 6 felony to ignore a visible or audible signal to stop and drive a motor vehicle in a "willful and wanton disregard of such signal so as to interfere with or endanger the operation of the law-enforcement vehicle or endanger a person."  The punishment is up to five years in prison and/or a fine of up to $2,500.00.

If the police officer is killed as a direct and proximate result of the eluding pursuit, the code section makes it a Class 4 felony.  This is punishable by two to ten years in prison.  The court may also impose a fine of up to $100,000.00.

The criminal conviction stays on the criminal record (CCRE) of the accused permanently.

In addition, Virginia law code §46.2-817 allows the driver to be prosecuted for other traffic offenses that occurred during the encounter with police.  For example, the driver may be cited for Reckless Driving by Speed, Driving Under the Influence, Speeding, Hit and Run, etc in addition to the Eluding charge.  This allows the officer to "stack up" charges against the driver. Usually felony eluding charges include multiple other tickets, including Failure to Obey a Highway Sign, Reckless Driving, etc.

It is an affirmative defense to the law that the driver "reasonably" believed he or she was being pursued by a person other than a law-enforcement officer.  The facts may be proven by video evidence (car camera video or officer body camera), witness statements, or testimony from passengers that the police vehicle involved in the attempted stop did not appear to be a legally sanctioned law-enforcement car or that the circumstances of the stop were inconsistent with police procedures.

Other Defenses Applicable to the Charge of Eluding

The prosecutor must prove that the person charged exercised a willful and wanton disregard of the signal to stop the vehicle.  This is an essential element of the offense, and a high standard to prove.  In misdemeanor eluding stops, it may be exceptionally hard to prove when the driver failed to pay attention to his surroundings due to music or was busy looking at traffic navigation apps like Waze.  This defense is especially important if the officer was only using a visible signal to stop, and did not use his or her siren. The Defendant's statements to the officer, body camera footage from the police officer and any passenger testimony may be crucial to this defense.

It is also common for people to be charged for eluding when they were simply trying to pull over into a safe area, and it took additional time to comply with the officer's directions.  Northern Virginia is a congested traffic area, and it is often difficult to find a good spot to pull over.  Attorney Yeargan has seen clients charged with eluding when they simply turned a corner of an intersection to complete the stop.  This is not Eluding, and this point may be argued directly with the prosecutor and/or judge to get the charges dismissed.

Contact an Experienced Traffic Lawyer Who Has Defended Clients for Eluding Police in State and Federal Courts - Fairfax County, Prince William County and Other Locations in the State of Virginia

Attorney Wilfred Yeargan has 22 years of experience handling criminal and traffic charges in state and federal court.  He can evaluate your case facts and develop a strategy for defending the charge in court.  Attorney Yeargan fights hard to protect his client's rights under the law.  He has extensive experience with the prosecutors and judges in Fairfax County, Prince William County, the City of Alexandria, Loudoun County, Arlington County, Stafford County, the Northern Neck areas of Westmoreland County and King George County, and the Richmond, Virginia area.  He can guide you through the process, helping to get the charge dismissed or reduced to a lesser offense.  This may make you eligible for expungement of the arrest from your record.  Contact his office at 703-352-9044 for a free, initial consultation today.