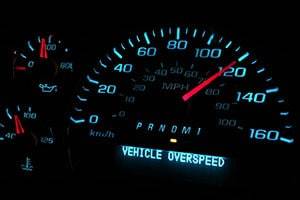 Attorney Yeargan regularly appears in Virginia courts to help clients charged with a Summons or traffic ticket offense of Reckless Driving. The charge of Reckless Driving is a Class One Misdemeanor, punishable by a maximum of 12 months in jail and/or a fine of up to $2,500.00. The Defendant's privilege to drive may also be suspended for up to six months. The courts may grant a restricted license to someone convicted of a Reckless Driving charge. This restricted license allows the client to drive for work, school, the Alcohol Safety Action Program, church activities and child care.

Attorney Yeargan often obtains dismissal or reduction of a client's Reckless Driving ticket to a traffic infraction. Results in court depend on the facts of the traffic stop and a client's driving record. §46.2-869 of the Virginia Code allows a charge of Reckless Driving to be reduced to the traffic infraction of Improper Driving, “where the degree of culpability is slight.” A prosecutor (Commonwealth Attorney) may reduce the charge to Improper Driving by plea agreement with the Defendant.

A judge also retains the power under that Code Section to reduce the charge to Improper Driving after a full trial on the merits of the case. Improper Driving is punishable by a fine of up to $500.00 (no license suspension or jail time).  It is a non-criminal offense.

In addition, Attorney Yeargan has achieved dismissal or reduction of the Reckless Driving charge to county code violations that do not go on the driving record. Failure to Pay Full Time and Attention is an example of this county code.  Other types of offenses that the misdemeanor can be reduced to include non-moving violations like Defective Equipment that carry no DMV points, Failure to Obey a Highway Sign, or Speeding.  Prince William County often allow clients to attend driving school for complete dismissal of the charge, with payment of court costs.

The attorney makes an agreement by speaking with the prosecutor to discuss the case before it is heard by the judge.  The lawyer presents mitigating evidence to the prosecutor such as driver improvement course completion, proof of excellent driving record, and speedometer calibrations.  An agreement is then made between the government and defendant that may be entered with the judge.  If an agreement cannot be made, the attorney will discuss options with the client such as a continuance or a plea of not guilty and trial of the case.

If convicted of Reckless Driving, six points are deducted as a demerit on the Defendant's driving record. Improper Driving carries a demerit deduction of only three points. A six point demerit can cause insurance rates to increase considerably, and may hinder the acquisition of security clearances and employment. A Reckless Driving conviction also stays on the Defendant's Virginia driving record for eleven (11) years. Convictions for Improper Driving stay on the Virginia driving record for three years.

Please note that a Reckless Driving conviction stays on a criminal record permanently and may not be removed.

Reckless Driving by Speed is charged when the driver is traveling 20 miles per hour or more over the speed limit or over 85 mph.  In Reckless Driving by Speed cases charged under Virginia Code §46.2-862, Attorney Yeargan recommends that the client obtain a speedometer calibration of his or her speedometer before court.  Virginia Code §46.2-942 allows a notarized speedometer calibration to come into evidence to be considered both for guilt or innocence and for fixing punishment.  A speedometer calibration is done by testing the accuracy of the vehicle's speed display with a device called a dynamometer. This can be useful as mitigating evidence if the speedometer shows a false reading, leading the driver to rely on a lower display. The prosecutor and/or judge may consider this when making a determination to reduce or dismiss the case. The law office encourages clients to take their vehicle to Advanced Automotive in the Fairfax County area or to any reputable shop that knows how to use a dynamometer and will provide the notarized statement needed for court.

The client may also consider completing a driver improvement course before the court date. This can be done voluntarily every two years and it adds five positive points to the person's point balance with the Division of Motor Vehicles. It can be done online or in person in Virginia.

The attorney advises all clients to get a current copy of their driving record from the Division of Motor Vehicles after they complete the driver improvement course.  The course completion will then be shown on the record and the plus five points added to their official point balance.  This is another positive factor that a prosecutor or judge may consider when making a decision about the case.

State Troopers in Virginia regularly charge Reckless Driving on the following highways and roads in Virginia: Interstate 95, Interstate 66, Interstate 81, the Beltway, Route 50, Route 610, Route 1 and Route 28. County police also patrol the local roads in each locality. A Reckless Driving Summons may be issued for a variety of facts, including excessive speeding, accident cases caused by faulty brakes or equipment, passing a school bus, failure to yield to an emergency vehicle, driving with an obstructed view, passing at a railway crossing, and racing.

In Reckless Driving accident cases charged under Virginia Code §46.2-852, it is important that the client be aware that a plea of guilty may be used against them in a later civil lawsuit for personal injury.  It is especially important in these cases to retain an attorney with experience in the civil ramifications of traffic accidents.  Attorney Yeargan will often plead not guilty and try the case with the judge or devise creative resolutions to the charge to avoid a harmful plea of guilty on the court record.  This helps the client if he or she is later sued for monetary damages related to the car crash.

In Virginia, the police use radar, lidar (a laser system), and/or pace to determine the speed of a driver. Virginia law requires that the police calibrate the laser and radar equipment used to determine speed of the accused and present an original or "true copy" of the calibration certificate in court.  The law requires that officer calibrations be dated within six months of the date of the stop and be properly executed under Virginia Code §46.2-882.  Attorney Yeargan assists clients with challenging the accuracy and proper use of this equipment by State Troopers and County Police. Improper/Defective calibrations or certificates presented in court may result in charges being dismissed for lack of proof by the arresting officer.

Benefits of Working With an Experienced Professional

Attorney Yeargan has handled well over a thousand Reckless Driving tickets in the state of Virginia. His 21 years of experience give him unique insight into the prosecutors and judges that handle these charges in Northern Virginia.  He has developed an excellent working relationship with the Court system and will protect your driving record.  He can explore the facts of your case and determine if dismissal or reduction of the charge to a traffic infraction of the charge is possible. His law firm is regularly consulted on high speed cases over 100 miles per hour, where the potential for jail time increases significantly.  A high percentage of the tickets handled by Attorney Yeargan have been dismissed or reduced to Improper Driving, Speeding, Defective Equipment, or a County Code charge of Failure to Pay Full Time and Attention (which is not reported as a conviction to the Division of Motor Vehicles).

Attorney Yeargan often appears in court on the charge without the client having to attend court.  In some cases, the client can sign an Authorization Form allowing the lawyer to appear in court on their behalf to negotiate a good outcome.  When you call the office, request that the lawyer draft this document if you can't take off work to attend the court hearing.

For more advice on the charge of Reckless Driving, please call or send an online message to speak directly with Attorney Yeargan. He can help you evaluate the facts and develop a strategy for possible reduction or dismissal of the case. With over twenty-one years of trial experience, Attorney Yeargan can help you effectively prepare your case for court.