Types of Assault and Battery in Virginia 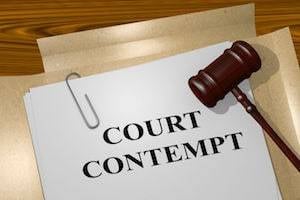 Simple assault and battery in Virginia is a Class 1 misdemeanor, meaning that a conviction carries penalties of up to 12 months in jail and/or a fine of up to $2,500. However, the specifics of the assault and battery may impact the classification of the crime, the sentencing range, and whether or not there is a mandatory minimum sentence.

In addition, Virginia law criminalizes a range of acts of physical violence that are not classified as “assault and battery”. For example, various type of “malicious wounding” are classified as felonies, some carrying penalties of up to life imprisonment.

That language may be confusing, but the reason for the difference between the “mandatory sentence” and the “mandatory minimum” is that under certain circumstances, some or all of a jail sentence may be suspended. In this situation, the defendant must be sentenced to at least six months confinement, but some of that time may be suspended. However, at least 30 days of the sentence must actually be served. If you're facing assault and battery charges, a Fairfax criminal defense lawyer can explain which sentencing range applies in your case, whether there is a mandatory minimum sentence, and what options are available to you.

Assault and Battery Against a Law Enforcement Officer

It's common knowledge that assault and battery on a law enforcement officer is more serious than general assault and battery, but you may not know realize how far that additional protection extends. It is a Class 6 felony to commit assault and battery against a judge, law enforcement officer or corrections officer engaged in the performance of public duties. But, that's just the short list. This same protection extends to firefighters (including volunteer firefighters) and certain rescue squad or emergency medical squad members in the performance of their duties.

A Class 6 felony carries a potential penalty of one to five years imprisonment, although the judge or jury has the discretion to sentence as a Class 1 misdemeanor. However, a conviction for this type of assault and battery requires a mandatory minimum period of confinement of six months. Malicious bodily injury to such public servants in the commission of their duties carries even more serious penalties, and may lead to a sentence of five to 30 years imprisonment, with two years of that sentence being mandatory. If you've been charged with assault and battery against a law enforcement officer or one of these other types of public servants in the conduct of his or her public duties, you could be facing serious penalties. Speak with a Fairfax criminal defense lawyer as soon as possible to explore your possible defenses.

Assault and Battery Against Teachers, Educators, and Health Care Providers

Like law enforcement officers, public school teachers, principals, assistant principals, and guidance counselors receive special protections that make assault and battery against them while they are performing their duties results in a mandatory minimum sentence. The crime itself is punished as a Class 1 misdemeanor, but a sentence of at least 15 days in jail must be imposed, and at least two days must actually be served. The same mandatory minimums apply to health care workers who are performing emergency medical services in an emergency room or on the premises of any other facility offering emergency medical care.

Domestic assault and battery is a Class 1 misdemeanor in Virginia, and doesn't carry a mandatory minimum sentence or period of incarceration. However repeat offenses are treated more severely. The state's domestic violence statute elevates the charge to a Class 6 felony if you have two prior convictions for some types of assault and battery in the preceding 20 years.

If you're facing charges for assault and battery or another form of physical violence against another person, don't take chances. The penalties can be serious, and a conviction can put you at risk for more serious penalties if you're convicted of certain related crimes in the future. Get the help you need to fully understand the charges against you, the possible penalties, and your options for protecting your future. To learn more about assault and battery provisions, talk to a Fairfax criminal defense lawyer by calling or contacting the Law Office OF Wilfred W. Yeargan online.