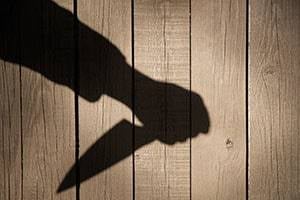 Malicious Wounding is a serious felony in Virginia. Virginia Code §18.2-51 states that it is unlawful to “maliciously shoot, stab, cut, or wound any person or by any means cause him bodily injury, with the intent to maim, disfigure, disable, or kill.” The Code classifies the offense as a Class 3 felony, with penalties ranging from five years to 20 years in prison, and a fine of up to $100,000. §18.2-51 states that if the act is “done unlawfully but not maliciously” then the defendant is guilty of a Class 6 felony. A Class 6 felony is punishable by one year to five years in prison, or confinement in jail for zero to 12 months and/or a fine of up to $2,500.

Malicious Wounding of a Police Officer

Malicious Wounding of a police officer, firefighter, rescue personnel, or emergency medical worker is defined in Virginia Code §18.2-51.1. The Code specifies that Malicious Wounding against these individuals, who are engaged in the performance of their public duties, is a felony punishable by imprisonment for a period of five years to 30 years and a fine of up to $100,000.

The state must prove beyond a reasonable doubt that the individual knew or had reason to know that the individual was working in their official capacity. Persons convicted of this law are required to serve a mandatory, minimum sentence of two years in prison.

Difference Between Unlawful and Malicious Wounding

If the Wounding of a police officer, firefighter, rescue personnel, or emergency medical worker under §18.2-51.1 is determined to be unlawful, but not malicious, the person charged will be guilty of a Class 6 felony. The law requires that those convicted serve a mandatory, minimum sentence of one year in prison. Defendants may be given one year to five years in prison.

Legal Requirements of the State

The state must prove that the act was committed by the defendant “knowing or having reason to know such other person is a law-enforcement officer, firefighter, as defined in §65.2-102, search and rescue personnel, or emergency medical services personnel, engaged in the performance of his public duties.” The state has the burden to prove all offense elements beyond a reasonable doubt in a court of law.

In certain cases, the offense of Malicious Wounding is charged as an enhanced offense called Aggravated Malicious Wounding. §18.2-51.2 of the Code states that this offense may be charged when a defendant severely injures the alleged victim and causes “permanent and significant physical impairment.” The Code makes the offense a Class 2 felony, punishable by 20 years to life in prison and a fine of up to $100,000.

If you or a family member have been charged with the serious felony of Malicious Wounding, Unlawful Wounding, or Aggravated Malicious Wounding, contact Attorney Yeargan for a free initial consultation. Attorney Yeargan will review your case and determine if you have any defenses to the charge, such as self defense.  Attorney Wilfred Yeargan has defended these serious felonies in many jurisdictions, such as the City of Alexandria, Fairfax County, Prince William County, and other locations in the state of Virginia.

Depending on the facts of the case and the criminal record of the accused, Attorney Yeargan may be able to get the case dismissed or reduced to a misdemeanor Assault and Battery in plea negotiations.  Dismissal of the charges enables the client to file a petition for expungement of the arrest.  Dismissal or reduction helps the client avoid a permanent felony conviction that may damage opportunities for employment or seriously affect immigration status.  Attorney Wilfred Yeargan may be reached by phone or online. Don't gamble with criminal charges, work with a skilled legal professional today.