Laws and Penalties of Embezzlement, Grand Larceny, Petit Larceny and Shoplifting in Virginia 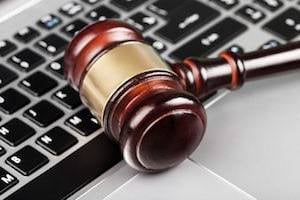 Theft-related crimes such as embezzlement and grand larceny may carry serious penalties in Virginia. Even apparently less serious crimes such as petit larceny and shoplifting can mean stiff consequences.

In Virginia, embezzlement is charged as larceny, and the penalties are the same as the penalties for larceny. Although “embezzlement” typically brings to mind a bank employee or stock broker who has quietly diverted customer or client funds for his own use. However, the definition of embezzlement in Virginia is much broader. Anyone who wrongly uses, disposes of, or conceals money or other property that has been entrusted to him as an employee, agent or bailee can be charged with embezzlement.

The Virginia statutes regarding embezzlement, grand larceny, petit larceny and other related crimes employ the term “larceny” without defining it. The general common law elements of larceny are:

At common law, larceny referred only to the taking of property other than directly from another person, but the Virginia grand larceny statute also covers some circumstances in which the property is taken from the person of another.

Grand larceny and petit larceny are distinguished by the value of the property stolen and the circumstances under which the larceny occurred. In Virginia, the theft of property valued as low as $5 may be the basis for a grand larceny charge, if the money or property was taken “from the person of another”. Larceny of money or property valued below $5 is petit larceny whether taken from the person of another or not.

Larceny of a Firearm

Like embezzlement, shoplifting is punished as larceny in Virginia. Also like the embezzlement statute, the Virginia shoplifting statute is relatively broad, covering more actions than simply slipping an item into your handbag or pocket and walking out of the store. For example, the statute also makes it a crime to change price markings or switch packaging in order to avoid paying full price for the goods, as well as advising or assisting another person in any of the actions prohibited by the statute.

Since Virginia punishes embezzlement and shoplifting as larceny, the petit larceny and grand larceny statutes set forth the penalties for all of these crimes. In the case of petit larceny, the crime is punishable as a Class 1 misdemeanor. In Virginia, that means a possible jail sentence of up to 12 months and a fine of up to $2,500.

The penalties for grand larceny are not only much more severe, but also much more varied. Grand larceny is punishable by a term of not less than one year nor more than 20 years in prison. However, the jury (or the judge, if the case is not tried before a jury) has the option of reducing the sentencing range to up to 12 months in jail and a fine of up to $2,500—the same penalty that is applied to petit larceny.

If you're facing Virginia embezzlement charges or some other type of larceny charge, an experienced criminal defense lawyer can help you sort out the charges and the penalties you may be facing. Criminal proceedings can be daunting, with unfamiliar language and procedural requirements that you may not be aware of or understand.

Don't risk lack of technical knowledge depriving you of a good defense, or making a mistake that may impact the rest of your life. Get the help you need as early in the process as possible. If you have any questions, please call or contact Law Office of Wilfred W. Yeargan online.