Expungement of Criminal Arrest in Fairfax 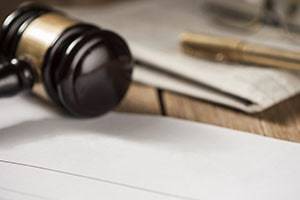 When Can a Petition for Expungement Be Granted?

A Petition for Expungement can be successfully filed when a criminal or traffic charge is nolle prosequi (a form of dismissal without prejudice), dismissed, or a defendant was found not guilty (commonly referred to as acquittal).  It is also available when the case was dismissed by an agreement called Accord and Satisfaction.

A Petition for Expungement cannot be successfully filed when a defendant was convicted of a criminal or traffic charge.  Criminal convictions are permanent in Virginia.  Expungement is also not available when the charge was deferred for dismissal on conditions with a stipulation of guilt.

However, after the Commonwealth of Virginia v. Dressner case in 2013, it is possible to expunge an original arrest when the Defendant pled guilty to a different crime that was not a lesser included offense of the original charge. For example, if a person is originally charged with Possession of Marijuana but pleads guilty to the amended charge of Reckless Driving, the Possession arrest may be expunged from the criminal record. This is because the Reckless Driving conviction is not a lesser included offense of the Possession of Marijuana charge. It has no relation to the character of the original arrest.

Is Expungement A Civil or Criminal Action?

The Petition for Expungement is a civil matter. A proper pleading is drafted and served on the Commonwealth Attorney, who is required to file an answer within 21 days. Certified court copies of the Warrant of Arrest or Virginia Uniform Summons must be attached to the petition.  Typically, the client must be fingerprinted at the time a Petition for Expungement is filed. The fingerprints are sent to the Virginia State Police, who run a criminal record check and return a sealed report to the Clerk's Office for the hearing.  The fingerprints are returned to the Petitioner at the conclusion of the case.

A hearing with a Circuit Court judge must be scheduled for entry of the Expungement Order.  In most cases, the Commonwealth Attorney will sign an agreed order.  This allows the Expungement Order to be finalized so that testimony and evidence does not need to be presented.  The law office encourages clients to be present for this hearing.  However, Attorney Yeargan often appears without the client to enter the Order if the client cannot attend or the Commonwealth Attorney supports the Petition. Once an Order is signed by the judge, the arrest will be removed from the criminal record history of the petitioner.

As of 2017, the filing fees for the expungement petition ($86) are refunded to the petitioner by the Clerk of Court when the petition is granted.

Once the Expungement Order is entered by the judge hearing the case, it is sent down to Richmond to be processed by the State Police. The staff will physically remove the arrest in their criminal records and verify that all references to the case are removed by the Courts in their Court Case Information database. A final letter will be mailed by the State Police to the lawyer handling the case certifying that the expungement is completed. A copy of this letter is provided to the client when received.

Where Can I Find Information About Expungements in My Particular Location?

If you have questions about the process of expungement, please contact Attorney Yeargan by calling directly or sending a message online. He will be happy to answer your inquiries and schedule a free consultation. Attorney Yeargan has successfully handled many expungements in a quick period of time. He can help you get the petition filed and processed in an expeditious manner so that your criminal record is protected for employment, security clearances, and immigration purposes.