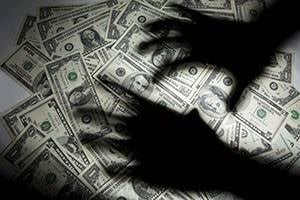 The criminal charge of Embezzlement is contained in §18.2-111 of the Virginia Code. Embezzlement is the wrongful taking, concealment or fraudulent use of money, personal property or goods of another. It is a non-violent crime. The items must be taken by one in a position of trust or fiduciary duty. Typical examples include money taken by an employee of a corporation, or funds stolen by a bank teller.   As with any criminal charge, the government bears the burden to prove the defendant guilty beyond a reasonable doubt. The government must demonstrate that the defendant had the requisite intent, or mens rea, to deprive the owner of the property.

The criminal charge of Embezzlement is punished the same in Virginia as Grand Larceny or Petty Larceny. If the amount alleged to be stolen is less than $1,000, the offense is deemed to be misdemeanor petty larceny under §18.2-96. Any amount $1,000 or more is considered felony Grand Larceny under §18.2-95.  The felony threshold amount for Embezzlement and Grand Larceny were recently increased twice by the General Assembly in Richmond, first in 2018 and again in 2020.

Grand Larceny is punishable by imprisonment in a state correctional facility for a minimum of one year up to a maximum of twenty years. However, a jury or court trying the case without a jury, may impose zero to twelve months in jail, and/or a fine of not more than $2,500.00. Petit Larceny is classified as a Class 1 misdemeanor. It is punishable by confinement in jail for zero to twelve months, and/or a fine of up to $2,500.00.

Both felony and misdemeanor criminal convictions for Embezzlement usually require the payment of Restitution.  The amount of money that was taken from the employer or other entrusting entity must be repaid.  The Court will usually enter a Restitution Order specifiying the time period of restitution payment and the monthly payment amount required.  This restitution payment is a requirement of probation, and any part of a suspended jail sentence may be imposed if timely payments are not made to the victim.

Attorney Yeargan aggressively defends those charged with Embezzlement and other crimes. Embezzlement is a crime of moral turpitude involving lying, cheating, and stealing. A conviction for this crime may impact security clearances, current and future employment opportunities, and immigration status. If an immigrant is convicted of this offense, he or she may be removed from the country under certain conditions or barred from re-entry into the United States. To protect their immigrant visa and immigration status, an individual charged with Embezzlement needs to have skilled and experienced counsel. The attorney may be able to get the charges dismissed outright or reduced to a crime that does not involve moral turpitude, such as Trespass or Disorderly Conduct.

Often, clients charged with this offense may be able to get it dismissed for lack of proof. The prosecution must prove every element of the statute to obtain a conviction. If the case is weak and there is insufficient proof, the law office may be able to get it dismissed or amended to a much lesser offense. The Defendant may have had a lack of intent to commit the crime or a good faith belief that their actions were in the long term interests of the entrusting party.  If charged as a felony, the charge may be dismissed under these circumstances or reduced to a lesser misdemeanor.  These outcomes reduce the likelihood of problems arising with employment applications and security clearances.

In addition, if the embezzlement charge is reduced to Trespass or Disorderly Conduct, the original arrest for the embezzlement may be expunged from the person's criminal record. Trespass and Disorderly Conduct are not considered Lesser Included Offenses of the Embezzlement charge. Under Virginia law and the Commonwealth of Virginia v. Dressner opinion, the client is eligible for expungement (removal) of the original arrest for Embezzlement.

These types of charges are complex and require experienced representation. Contact the law office immediately if you are charged with this offense. Attorney Yeargan will work closely with you to evaluate the facts of the case and develop a successful strategy for your defense.