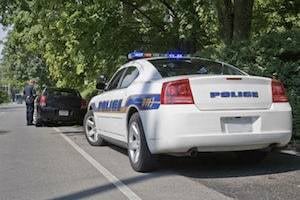 “Irrespective of the maximum speeds permitted by law, any person who drives a vehicle on any highway recklessly or at a speed or in a manner so as to endanger the life, limb, or property of any person shall be guilty of reckless driving.”

In addition, a person may be charged with reckless driving for the same type of actions in other locations, including on the premises of a church, school, recreational facility, business, or governmental property open to the public, an industrial facility providing parking for customers, patrons or employees, and a highway that is not yet open or is closed for construction. Since the actions that make driving reckless or create a situation that endangers other people or property will vary depending upon the circumstances, it may be difficult for you to determine whether you are actually guilty of reckless driving under the law. A Fairfax traffic defense lawyer will be able to explain the nuances of reckless driving charges and help determine the defenses available to you.

In addition to the general statute quoted above, there are a number of specific acts that constitute reckless driving in Virginia. Those actions include:

Depending upon the nature of the reckless driving charge and the specifics of the incident, a range of defenses may apply. A general reckless driving by conduct charge or a charge based on driving too fast for conditions by definition involves an element of subjectivity. You and your Fairfax traffic defense lawyer may be able to establish that your actions did not, in fact, create a danger to people or property. Those charged in accident cases resulting in a misdemeanor charge of Reckless Driving by Conduct under Virginia code section 46.2-852 may get it dismissed if the officer cannot point to any specific act or error on the part of the Defendant that contributed to the collision.

Reckless Driving is a Class 1 misdemeanor charge punishable by up to twelve months in jail, a fine of up to $2,500.00, and/or suspension of your license to drive in Virginia for up to six months. The criminal standard of proof “beyond a reasonable doubt” applies in these cases. If the judge or jury has a reasonable basis to doubt that the manner in which you were driving endangered people or property, they are obligated to find you not guilty.

Attorney Yeargan encourages all clients charged with Reckless Driving to complete a driver improvement course before court. Virginia licensed drivers receive five good driving points by completing this class. The course completion certificate may also be shown by counsel to the prosector and considered as mitigation evidence. This can help to get the charge dismissed or reduced to a traffic infraction.

Challenge The Officer's Calibrations of Radar or Lidar Device

In Reckless Driving by Speed cases where the alleged speed was 20 miles or more over the limit or more than eighty miles per hour measured by radar or laser, the officer is required to calibrate the device within six months of the date of the stop. The officer must have these calibrations present in court as evidence that the machine was accurate and recently tested. If there is any defect with the calibrations or if they are absent, the charge may be dismissed or amended to a much lesser offense. Virginia Code section 46.2-882 governs the use and operation of radar and lidar (laser) equipment in the state.

Challenge the Officer's Ability to Identify the Offending Vehicle or Driver

In high speed Reckless Driving cases over 90 miles per hour, the Officer or State Trooper is often unable to prove that the car stopped was the exact vehicle whose speed was measured by radar or lidar (a laser based system). This may happen when there is heavy traffic, the officer is distracted by other vehicles in motion, or there are obstacles in the path of the radar or laser device. In other cases, the officer cannot identify the driver who was operating the car. This is fairly common when there is an accident and the officer did not witness the driving behavior. Sometimes individuals are also falsely charged with misdemeanor vehicle offenses when their identity is stolen and used at traffic stops. A good defense attorney will challenge the officer's memory and recollection of events at the stop to undermine the prosecution's case.

Aggressive cross examination by defense counsel may elicit weaknesses in the case that may result in dismissal. In misdemeanor high speed Reckless Driving cases, this is very important because a conviction may result in jail time, license suspension and high fines. Misdemeanor convictions may also impact a client's immigration status, employment opportunities and security clearances.

Speedometer Calibrations as a Defense to Reckless Driving By Speed

Another defense commonly used by people charged with Reckless Driving by Speed cases is to get a notarized Speedometer Calibration of their vehicle. This may be useful to show that the driver was relying on a speedometer that was displaying a lower speed than the vehicle was traveling. A good speedometer calibration typically shows the actual speed the vehicle was traveling and then the speed displayed on the vehicle's speedometer. It tracks the car's speed at different speeds; for example: 40, 50, 60, 70, and 80.

Virginia code section 46.2-942 allows a sworn statement to be admitted into evidence as both a defense to the charge and as evidence of mitigation at sentencing. Attorney Yeargan has successfully used thousands of speedometer calibrations over the years to obtain dismissal of a Reckless Driving charge or reduction to a traffic infraction. Persons charged with the misdemeanor offense need an experienced defense lawyer who knows how to read and properly analyze calibrations.

If the officer measures your speed using a “pace” of your vehicle by driving behind it and then reading their own speedometer to determine speed, numerous issues may arise in court. The degree of traffic on the roads, the route, obstacles on the roadway, and other environmental factors may detract from the officer's ability to accurately measure your speed. The officer's own speedometer may not have been properly calibrated. These factors may lead to charges getting dismissed or reduced to a traffic infraction. A good traffic defense attorney will evaluate these possible defenses.

Failure to Prove Location of the Offense

As with any traffic or criminal offense, the prosecution is required to prove that the offense happened in the locality where the defendant was charged. Often, the officer fails to testify to this fact at trial. In this circumstance, a good traffic defense attorney will object and ask for dismissal on a procedure called a Motion to Strike the Evidence. The judge may then dismiss the charge and the defendant will be free to go with no conviction on his or her record.

If you have any additional questions about reckless driving defenses, talk to a Fairfax criminal defense lawyer by calling or contacting the Law Office of Wilfred W. Yeargan online.