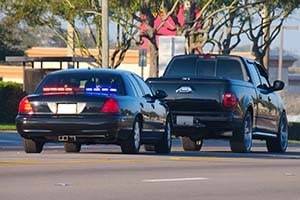 Attorney Yeargan handles traffic cases in the Virginia General District Courts, Circuit Courts and Juvenile and Domestic Relations District Courts. Typical types of traffic cases include reckless driving, driving under the influence of alcohol, speeding, failure to obey a highway sign, hit and run, driving without a license and driving after forfeiture of license. Traffic offenses in Virginia may be non-criminal traffic infractions or criminal charges, depending on the severity of the summons.

It is important to get legal advice about the ticket you receive.  The Virginia Uniform Summons a driver is given at a traffic stop often does not fully describe the charge or the possible penalties.  For instance, a Summons may have a hand-written abbreviation of "R.D." on the law section filled out by the officer.  This does not explain that the charge is actually a misdemeanor Reckless Driving summons that can result in a permanent criminal conviction.  For this reason, Attorney Yeargan advises all drivers issued tickets to call a lawyer and ask for clarification of the charge.

The Commonwealth of Virginia aggressively prosecutes individuals who drive over eighty-five (85) miles an hour or speed twenty (20) miles or more over the limit with reckless driving. This is considered a Class One Misdemeanor and can result in imposition of a jail sentence and/or suspension of one's drivers license. Driving Under the Influence of Alcohol is also a Class One Misdemeanor and may result in a jail sentence, loss of license, enrollment in the Virginia Alcohol Safety Action Program and/or fines.

Types of Cases Successfully Handled by the Law Firm

It is important to have competent counsel to avoid the pitfalls of the traffic court system. Please contact Mr. Yeargan to schedule a free, initial  appointment by calling or sending an online message to discuss the impact of each charge prosecuted by the Commonwealth of Virginia.  Attorney Yeargan can often appear in court on behalf of a client so that they do not need to take off work.  His goal in handling traffic charges is to get the ticket dismissed or significantly reduced to a lesser offense.  This helps the client avoid serious traffic convictions, points on the driving record, and increased insurance rates.