What is Considered Reckless Driving in Virginia? 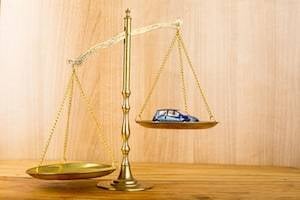 Virginia is well-known for its tough traffic laws, and the reckless driving charge is usually the reason. The most common way to get a reckless driving charge is to travel over 85 mph anywhere throughout the state. Many of Virginia's highways and interstates now have speed limits set at 70 mph, so traveling at over 85 mph is surprisingly easy to do.

There are numerous other driving behaviors beside excessive speeding that may result in a  reckless driving charge. These include:

Officers can also issue a citation or Virginia Uniform Summons for reckless driving by conduct. This type of offense usually involves accidents and is written when the officer believes you drove in a manner that "endangers life, limb or property" under Virginia Code 46.2-852.  That leaves this charge open to interpretation by the officer who stopped you. If he or she thought you were driving in a way that was dangerous to yourself, others, or property around you, then he or she could arbitrarily issue you a citation for reckless driving. That includes situations that fall outside of the aforementioned list.

The judge that handles your reckless driving charge will determine what type of punishment you should receive in your individual case. It can vary significantly. It will be affected by factors such as: 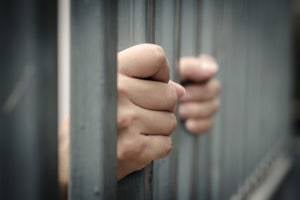 It may be hard to believe, but you can actually be sent to jail for a reckless driving charge in Virginia. Although it does not have happen often, drivers can actually be sentenced to up to 12 months in jail. Jail time is often only imposed for very serious offenses.

You can receive more than one punishment as well. These punishments generally include fines, jail time, and license suspensions.

Fines are perhaps the most common consequence of a reckless driving charge, particularly for those who have never been charged with reckless driving before. The fine can be from zero to up to $2,500.   Those accused will also be responsible for paying court costs as well, which are usually around $100 for a misdemeanor conviction.  Most cases handled by the law office result in moderate fines of $250 or less, and reductions of the offense to a traffic infraction.  Traffic infractions in Virginia are non-criminal offenses.

High speed cases and cases involving egregious driving conduct may result in jail time in the State of Virginia.  Drivers convicted of reckless driving may be sentenced to up to 12 months in jail. Jail time is often only imposed for very serious offenses, including Reckless Driving by Speed over 90 MPH, accident cases involving bodily injury, or drivers who have very bad driving records.  Any type of Reckless Driving charge that fits into these categories requires an experienced traffic attorney to defend the charge.

Drivers convicted of Reckless Driving may have their driving privileges in Virginia suspended for up to six months. If the driver is licensed in another state, the conviction will be reported to that jurisdiction under the Interstate Compact agreed upon by most states.  The home state may then take reciprocal administrative action to suspend the person's license in that state.

Other Consequences of a Reckless Driving Charge in Virginia

There are long-term consequences that could occur outside of the justice system as well, including:

Whenever you get a traffic ticket or charge like reckless driving, it can affect your vehicle's insurance. Talk to your insurance representative for more information about how convictions may affect your rates.

Loss of Your Job

Drivers convicted of Reckless Driving may lose their jobs if they drive professionally for work or hold Commercial Driver's Licenses.  It is important for a driver charged with this offense to get the misdemeanor dismissed or reduced to a traffic infraction.

Demerit Points on Your License

You receive 6 demerit points for a reckless driving conviction, and these points stay on your record for 2 years. The conviction stays on the driving record for 11 years.  If you accumulate these points too quickly, then the state can send you to a driver improvement clinic or suspend your license.

People that work for the government or are government contractors are required to maintain good driving records and criminal records.  Attorney Yeargan has had hundreds of clients with sensitive positions in government and the private sector.  He understands that the court outcome for these cases is particularly important for those who live and work in and around Washington, D.C.

These consequences are often overlooked, but they can significantly affect your lifestyle and ability to a make a living. Because reckless driving charges in Virginia are a criminal offense, you need a local, Fairfax VA traffic defense lawyer to defend your reckless driving charges. Call or contact us online to discuss your case or schedule a free in-person consultation. The law office can help you get your charges dismissed or reduced to a non-criminal traffic infraction.