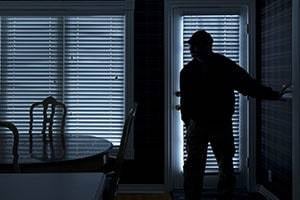 The Law Office of Wilfred W. Yeargan vigorously defends clients charged with the felony offense of Grand Larceny. That charge, contained in §18.2-95 of the Virginia Code, is a felony in Virginia. The attorney's objective when defending these charges is to review the facts and evidence, evaluate any defenses, and obtain dismissal or reduction to a misdemeanor.  Grand Larceny is generally defined as a theft of money or other thing of value directly from a person with a value of $5 or more, theft of a person's goods or chattels not from their person worth $1,000.00 or more, or theft of a firearm not from their person.

Effective July 1, 2018, the law related to Grand Larceny was changed by the General Assembly of Virginia. The legislative body raised the threshold for felony Grand Larceny from only $200.00 to $500.00 (for items stolen not directly from a person's body). This was a major change that brought the state's law closer in line with other states.  That amount was again changed by the legislature in Richmond in 2020.  Effective July 1, 2020, that limit increased to $1,000.00.

Grand Larceny is punishable by imprisonment in a state correctional facility for a minimum of one year up to a maximum of twenty years. However, a jury or court trying the case without a jury, may impose zero to twelve months in jail, and/or a fine of not more than $2,500.00. There are sentencing guidelines for felonies in Virginia. They are used in Circuit Court to assess the possible range of sentencing.

If convicted, the person is often ordered by the court to repay the money or value of the item to the victim. This is called Restitution and is commonly included as a part of any probation and/or suspended jail sentence imposed by the court.  A Restitution Order is signed by the judge, stating the time period of the payments and the monthly amount required to be repaid. If the charge is nolle prosequi or dismissed, payment of restitution is not required, unless it is done voluntarily before the court hearing.

Clients charged with felony or misdemeanor crimes involving theft need to be aware that being found guilty may cause serious problems with immigration status or security clearances. Theft crimes are Crimes Involving Moral Turpitude (lying, cheating, or stealing) and are dealt with harshly by ICE (Immigration and Customs Enforcement). Those on visa status who are convicted of these offenses may be removed (deported) from the country or barred from re-entry after leaving the United States. It is imperative that immigrants charged with these crimes obtain experienced counsel to get the charges dismissed or reduced to offenses that are not theft related. Trespass and Disorderly Conduct are examples of lesser charges that are much preferable to theft convictions. This type of outcome may help immigrants avoid the harsh immigration-related consequences of larceny convictions.

Clients with sensitive security clearances also need to be mindful that a conviction for a crime of moral turpitude may cause loss of clearance status and employment. Attorney Yeargan has represented clients in major government entity posts, such as State Department, Intelligence Services, Executive Branch, Congressional staff, foreign embassy employees, and state and local law enforcement. He assists those clients with sensitive jobs avoid the negative employment consequences associated with felony and misdemeanor convictions.  Dismissal or nolle prosequi of the charge makes the client eligible to file a Petition for Expungement of the arrest.  This helps keep the individuals criminal record clean.

Individuals charged with a first offense of Grand Larceny may be able to get the charge deferred for dismissal or reduced to a misdemeanor level offense. These dispositions almost always include a probationary period, payment of restitution to the victim, and completion of community service hours. The disposition of each case is determined by the severity of the facts, a client's criminal record, and the amount of money involved in the alleged theft.

Often, the value of the items stolen is an issue in a Grand Larceny case and may result in charges dismissed or reduced to a lesser charge.  The Grimes case in Virginia illustrates that the prosecution often has difficulty proving the actual market value of stolen items.  This is an essential element of the charge which must be proven beyond a reasonable doubt.  Proving replacement value is often not sufficient, considering the age and condition of the alleged stolen item.  This factor may lead to charges being dismissed or greatly reduced after discussions with the prosecutor (Commonwealth Attorney).

Attorney Yeargan works hard to achieve the best results for a client, with the knowledge that a felony conviction can harm chances for employment and applications for security clearances. Each client is carefully advised before court that felony convictions may affect an immigrant's visa status and a citizen's right to vote or possess a firearm.

In Virginia, Grand Larceny charges often arise from shoplifting at area stores. This charge often results from a client altering the price tag on items, moving the items to a different container, or simply walking out of the store with the concealed merchandise.  Attorney Yeargan has handled many cases involving Target, Lowes, Giant Food, Home Depot, Wal-Mart, Wegmans, Lord & Taylor, Best Buy, Macy's, and Bloomingdales. Attorney Yeargan is experienced in dealing with the loss prevention representatives of area stores. His firm issues a Subpoena Duces Tecum to loss prevention departments for records relating to the alleged theft. This Subpoena Duces Tecum requires that the store provide videotape of the incident and any written statement made by the client. In addition, a Discovery Order is filed requiring the government to provide information and any client statements about the case.

Attorney Yeargan carefully advises clients in theft and shoplifting cases to complete the three hour Shoplifting Prevention Class offered by the OAR (Opportunities, Alternatives, Resources) Organization.  OAR offers programs in Fairfax County, Loudoun County, and Prince William County.  Completion of the program before court is good mitigation evidence.  The Certificate of Completion of the class may be helpful in discussions with the prosecutor for dismissal or reduction of the charge.  Click here to visit the OAR website for more information about their programs.

In addition, clients may want to consider voluntarily completing community service hours before court.  Habitat for Humanity and local animal shelters are good volunteer spots and they welcome any assistance.  Attorney Yeargan recommends completing a minimum of fifty hours of community service.  A letter of completion from the non-profit entity/charity should be obtained before the court date.  This may be presented to the prosecutor during discussions for dismissal or reduction of your criminal charge.  The letter should state how many hours were performed and when the hours were completed.

This law firm also aggressively defends clients charged with Petit Larceny, a misdemeanor theft offense. Petit Larceny, also called Petty Larceny, is classified as a Class 1 misdemeanor under §18.2-96 of the Virginia Code. It is a theft offense punishable by confinement in jail for zero to twelve months, and/or a fine of up to $2,500.00. The Virginia statute describes Petit (petty) Larceny as the taking of money or other thing of value from a person of the value of less than $5, or the taking not from the person of another of goods and chattels of the value of less than $1,000.00.

Defendants charged with Petit or Petty Larceny may be eligible in certain counties for a deferral program. This program allows the charge to be dismissed after a period of probation, payment of restitution and completion of community service hours. The official deferral program requires a plea of guilty.  The court withholds a finding of guilt and if the client satisfies the required conditions, the charge is dismissed. Effective March 1, 2021, someone who successfully completes a deferral program may be eligible for expungement of the original arrest.  The new Virginia statute §19.2-298.02 allows for expungement in this circumstance with the agreement of the prosecutor.

The deferral program may not be suitable for every type of client, particularly those with immigration concerns. In those situations, Attorney Yeargan seeks to do an unofficial deferral for dismissal with no plea on the record or obtain reduction of the charge to another type of offense (such as Trespass or Disorderly Conduct).  These dispositions are not Crimes of Moral Turpitude and protect the immigration status of the accused.  The client is also still eligible for expungement of the arrest.

Attorney Yeargan can help clients charged with this offense keep their record clean. Contact his office today for help with defending this type of charge in a Juvenile and Domestic Relations Court, General District Court or Circuit Court in the Commonwealth of Virginia.

If you have been charged with Grand Larceny, Petit Larceny, Concealment of Merchandise, Shoplifting, or any theft charge in Virginia – contact Attorney Yeargan today.  He has successfully defended thousand of clients against criminal charges in Virginia over 22 years of practice. To discuss your case and legal defense options, call directly or send an online message today. Don't move forward with court proceedings alone. Enlist the assistance of an experienced lawyer with knowledge of the local court system.