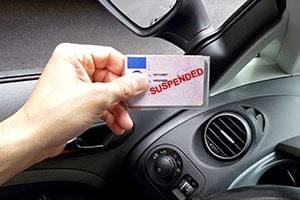 In the Commonwealth of Virginia, the offense of Driving on a Suspended or Revoked License is a Class One Misdemeanor, punishable by up to 12 months in jail and/or a fine of up to $2,500.00. The offense is charged under §46.2-301 of the Virginia Code. Individuals convicted of the charge may receive an additional suspension of their privilege to drive in Virginia, for the same time period as the original license suspension. If the time period of the previous license suspension was indefinite, the court may suspend the license for an additional ninety (90) days.

Driving on a Suspended or Revoked License is the same level of misdemeanor offense as Driving Under the Influence of Alcohol and Reckless Driving.  The courts treat it seriously and those arrested or issued a Summons need to hire a lawyer to protect their freedom, driving license and record history, criminal history, insurance rates, and employment opportunities.

Attorney Yeargan regularly defends these charges and seeks dismissal or reduction to a traffic infraction, a non-criminal offense.

To prove the charge, the prosecutor must offer evidence that the driver had notice of a license suspension before the ticket was issued.  Notice is an essential element of the Driving on a Suspended or Revoked License charge. Lack of notice of the suspension may be an effective defense to the charge. Notice of the suspension may be proven by a notation on the driving record that the Order of Suspension was served on the driver by the DMV, a police officer or official court clerk staff. If the Division of Motor Vehicles or entity that suspended the license did not provide adequate notice of suspension to the driver, the charge may be dismissed or nolle prosequi.  The law office strongly suggests that all persons charged with this crime get a current certified copy of their driving record from the Division of Motor Vehicles (11 year copy). You may order your driving record online at the Division of Motor Vehicles.

The Court hearing the case is no longer required to impose a ten (10) day mandatory minimum sentence for third and subsequent offenses under the revised law that went into effect in 2020.  Any jail sentence imposed by the Court will not be a mandatory, minimum sentence.  This means that the person sentenced to jail will be given half-time credit in a county jail for any time served under Virginia Code §46.2-301..  For instance, if an individual is convicted and sentenced to four days, that person will serve only two days on good behavior. In the past, at least ten days of a sentence was required to be served on third and subsequent convictions.

A conviction for Driving on Suspended License stays on a Virginia driving record for eleven (11) years. The DMV assesses six (6) points as a demerit deduction for this conviction. Convictions for this charge may impact insurance rates, employment opportunities, and applications for security clearances. This is a permanent criminal conviction that may not be removed from the criminal record. It is important that a defendant charged with this criminal offense have an experienced and diligent attorney.

Preparing For Your Court Date - Re-Instate Your License If Possible

In the experience of the Law Office, it is a good idea to get the driver's license re-issued if possible before court. Sometimes, a client may need a continuance of the court date to get time to complete this task. A continuance delays the court date a month or two to the officer's next available date.  Getting the License reinstated before court may help to get the charge dismissed for compliance, reduced to No Valid Operator's License, or knocked down to Failure to Have License in Possession, a traffic infraction with a ten dollar fine. Attorney Yeargan can help clients get a continuance by filing his court appearance before the court date and requesting a change of the date by motion with the clerk.

Contact the Division of Motor Vehicles and get a Compliance Summary.  This report will tell you what needs to be done to get your license reinstated.  This may include completion of an approved driver improvement course, vehicle insurance requirements, or proof of financial responsibility.  You will need to complete the items listed on the Compliance Summary and pay a Re-Instatement Fee to the DMV.  The fee may range from $145 to $220, depending on the reason for suspension.  Get a current certified copy of your driving record from the DMV a few days before the court date showing that the license is in good standing.  Keep any receipts for reinstatement of the driving record available for review by the prosecutor (Commonwealth Attorney).

Appearing in Court on Your Trial Date

When appearing in court for the client, Attorney Yeargan arrives early to court on your court date.  He has all the documents for your case prepared and on hand to present to the prosecutor and officer.  This includes any driver improvement course certificate, driving record, DMV license reinstatement papers and receipts for reinstatement.  He then speaks to the police officer and/or prosecutor (Commonwealth Attorney)  before the case is called by the judge to work out a resolution of the charge.

After an agreement is reached,  a Trial Advisement and Plea Form is filled out and reviewed with the client, so that they understand what the result is and how it affects their situation.  The agreement is presented to the judge for approval and entry.  In Fairfax County, the prosecutor is not involved in the outcome of these cases, and attorneys speak directly with the officer to work out a disposition.

If the case cannot be resolved by agreement with the officer and/or prosecutor, then the attorney will review other options with the client.  These options including pleading not guilty and going to trial, or continuing the case to the officer's next court date. The officer normally has court only one or two times a month.  A continuance may benefit the client by giving them more time to get their license.  It may also be necessary for other strategic reasons.  Any continuance may result in a delay of a month or two before the case may be resolved.

Individuals convicted of a traffic offense in Virginia have ten (10) calendar days to appeal the case from the General District Court to Circuit Court.  If an appeal is filed, the client does not need to pay fines and court costs to the clerk's office until the appeal is finished. The appeal is a de novo appeal, meaning that it is a fresh appeal and no weight is given to the decision of the lower court.  Any punishment is voided until the outcome in the higher court.

On appeal in the Circuit Court, you may request a jury trial. The jury trial is heard by a jury of seven people, called a "petit jury."  Any punishment imposed in the lower court is withdrawn until the appeal is decided in the higher court.  The outcome of the appeal may be a better or worse result than that received in the General District Court.

The vast majority of cases handled by the law office are not appealed to a higher court. Attorney Yeargan works hard to achieve a good result in the lower court. This helps contain the client's financial expense and minimize their time in the court system. Attorney Yeargan's clients have consistently awarded his law office five star reviews on AVVO.com and Google for the high quality of service performed in their cases.

Get Help Today With Your Serious Traffic Offense - Experienced Representation in Fairfax County, Prince William County and other Locations Throughout Virginia

Because of the serious nature of Driving on Suspended License cases in this state, it is important to have a respected attorney who knows the officers, local prosecutors and judges.  There are a few very good lawyers in Northern Virginia.  However, there are also some bad apples.  Please research the attorney you are interested in hiring, to verify their competence and reputation. You can read online reviews and check  background information with the Virginia State Bar to ensure the lawyer has a clean record of ethical conduct.

The Law Office of Wilfred W. Yeargan vigorously defends clients charged with traffic offenses in the General District Courts, Juvenile and Domestic Relations Courts, and Circuit Courts. Contact Attorney Yeargan today for assistance with your Driving on Suspended or Revoked License case in Fairfax County (including Falls Church, Herndon, Town of Vienna, and Fairfax City), Prince William County (including Woodbridge, Haymarket, Manassas and Manassas Park), Stafford County, Fredericksburg, Arlington County, Loudoun County, the City of Alexandria, the Northern Neck areas of Westmoreland County and King George County, and other locations throughout Virginia.  Depending on the facts of the case and your driving record, Attorney Yeargan may be able to negotiate dismissal of the charge or reduction to a much lesser offense (such as Failure to Have License in Possession or No Valid Operator's License). His office may be reached at (703) 352-9044 for a free initial consultation.