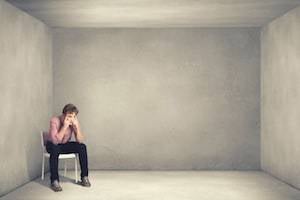 Your right to remain silent is just one of the many constitutional rights you have in the criminal process. A criminal defense lawyer can also walk you through your many other rights that are available to you if you are questioned or taken into custody.

The famous case of Miranda v. Arizona requires that law enforcement inform those accused of crimes and taken into custody of their rights. One of these rights is the right to remain silent. The other Miranda rights include:

It is absolutely true that the police will use anything you say against you at trial later. That means that saying nothing is often a recommended option. If you are in custody, the prosecution cannot use your silence as evidence of your guilt at trial.

Your Rights Outside of Police Custody

These Miranda warnings are only required when you are taken into custody. The police realize this and may not “officially” arrest you when they start attempting to question you. That way, they do not have to remind you of your right to remain silent. This often tricks suspects into speaking with the police because they do not realize they can refuse. This is sometimes common during police stops and searches in Virginia. They also may not think that they are a real suspect if the police have not yet taken them into custody.

This can be a costly mistake—this is definitely a time that you can invoke your right to silence. Unfortunately, however, a prosecutor can introduce evidence that you did not want to speak with the police outside of custody. He or she can also imply that this refusal to speak means that you are guilty.

To avoid this, you have to specifically state that you are invoking your right to silence. This seems extremely counterintuitive. You actually have to speak to use your right of silence!

Your Rights While in Police Custody

The police are under no obligation to ask you if you are invoking your right or to clarify that you have invoked this right. Instead, you need to be aware of your rights and specifically state that you do not want to talk to the police or that you will not be answering any questions. Then, remain silent if the police continue to try to question you (because they might).

If you choose to speak even after you have invoked your right, then the court may find that you waived your right to silence simply by speaking. Police interrogations are often long and grueling, and it is easy to eventually start talking after that length of time. Invoking your right immediately can help you avoid accidentally saying something that you did not mean.

How to Assert Your Right to Remain Silent

You want to leave no question that you are asserting your right to remain silent. Use clear language and speak with authority. You might want to use one of the following phrases:

If the police continue to try to question you, do not speak. Continued questioning is a violation of your constitutional rights, but they may attempt to do this anyway and claim that they did not realize you were invoking your right to silence. Your criminal defense attorney will work hard to exclude any information that you provided after you invoked your right because it was obtained in violation of the law.

If you or a loved one has been charged with a crime, contact The Law Office of Wilfred W. Yeargan today by giving us a call or sending us a message online to discuss your rights and options. We can help you understand your options and what to do after an arrest Free and confidential case evaluations are available.