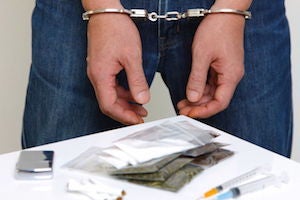 The penalty for a first offense marijuana possession conviction is 30 days or less in jail and a fine of up to $500. However, a subsequent conviction is punished as a Class 1 misdemeanor, with a possible sentence of up to 12 months in jail and/or a fine of $2,500 or less. Much more significant penalties are possible when the charge is possession of marijuana with intent to deliver. State law also mandates a six-month driver's license suspension.

In order to meet its burden of proof in a possession of marijuana case, the prosecution must establish that the defendant knowingly possessed the marijuana. That means being aware of both the possession itself and the fact that the substance was marijuana.

However, possession may be constructive, meaning that the marijuana needn't be in the defendant's physical possession—knowing control over the substance will suffice. For example, a person who is in knowing possession of marijuana and tucks the marijuana under the seat of a car in which he is a passenger and exits the vehicle to enter a store, planning to return and reclaim the concealed marijuana, may be convicted of possession of the drug despite the fact that he was outside the vehicle at the time the marijuana was discovered and is not the owner of the vehicle.

Virginia Possession of Marijuana With Intent to Deliver

Virginia law does not set forth specific elements necessary to establish the intent to sell, give, or distribute marijuana. However, some of the key factors a court may consider in determining intent include:

Penalties for possession of marijuana with intent to sell, give, or distribute marijuana are:

Note that the penalties for possession of marijuana with intent to sell, give or distribute are the same as the penalties for actual sale or distribution. Actual giving is a Class 1 misdemeanor regardless of quantity, if the intent was simply to accommodate the recipient and no expectation of profit or actual consideration is involved.

Defenses to Possession of Marijuana Charges in Virginia 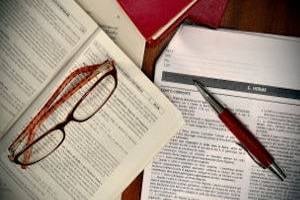 If you're charged with possession of marijuana, talk to a Fairfax criminal defense lawyer right away. You may have Virginia marijuana possession defensedefenses you are not aware of, or which you don't know how to effectively present to the court. A local criminal defense attorney can hold the prosecution to its burden of proving beyond a reasonable doubt that you were knowingly in possession of the marijuana and knew what it was.

Virginia law specifically states that the simple fact that the marijuana was present in a vehicle or on property that you own or control is not sufficient to prove you guilty of possession.

Defenses to Possession of Marijuana With Intent to Sell, Give or Distribute

Although the Virginia statute does not create a presumption of intent to sell, give or distribute based on quantity alone, quantity is one factor that may be considered by the court in determining guilt. Defending against charges involving intent to sell, give or distribute is more nuanced than defending against a simple marijuana possession charge, since a variety of factor may be weighed in order to establish intent.

A Fairfax criminal defense lawyer can help you assess the case against you and identify the weaknesses that will help you fight the charges.

When the best defense is that delivery of a large quantity of marijuana was intended only to accommodate another, and that no consideration was expected or received, the burden shifts to the defendant. Though the prosecution must prove the elements of the crime beyond a reasonable doubt, a defendant who has otherwise been proven guilty has the burden of establishing that the delivery was not a commercial transaction. While such delivery is still a crime in Virginia, it can significantly diminish the penalties associated with a conviction.

Get Help From a Fairfax Criminal Defense Lawyer

If you're facing possession of marijuana charges, don't delay in getting the help you need. With your right to drive, your financial security and even your freedom at stake, you can't afford to wait and hope for the best. For any additional questions, please call or contact The Law Office of Wilfred W. Yeargan online.